As I told you guys yesterday, today I’ll be sharing my yesterday’s make-up look. I wanted to go with something a bit glittery and cool toned. And since I haven’t used my MAC eyeshadow pallet in a long time, I had to take it out. 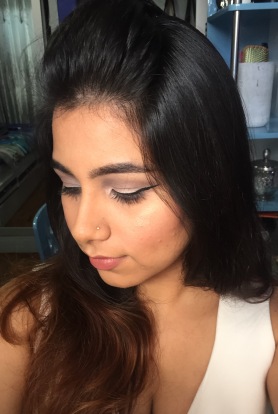 For the EYES I used (in order of application):

So here is the overall picture of everything I used on my eyes (forgot the liquid eyeliner).

I really like this eyeshadow pallet, this was the first high-end palette I bought. I bought it in the Sandton Mall’s MAC Shop, in Johannesburg, South Africa.

As per usual, I do my eyebrows first, then my eyeshadow and then the eyeliner and mascara. And here is the final look.

For the FACE I used (In order of application):

Here is the overlay of the products I used to achieve this look. 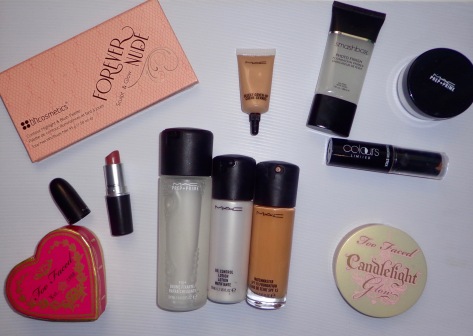 Since I’ve learned how to contour, it has been the thing for me. As you know, it’s hard to get those high-end cream contouring kits here, in Mozambique, even in South Africa sometimes, so I’ve started using a foundation stick in a dark shade so it can give the same effect and then setting it up with the contour powder. I’ve bought this on in Nelspruit.

For the hair, I kept it quite simple with a small bouffant in the middle section of the hair and the rest of the hair I kept it straight.

Let me know if you guys liked this look and what kind of looks you would like to see. I’ll be sharing with you my Diwali make-up pretty soon.

Have a great week ! 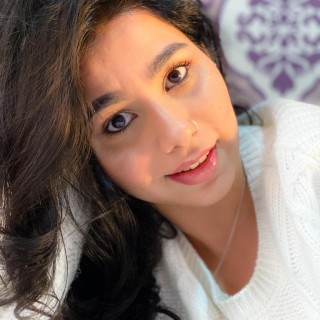 Friday mood 😌
Exploring new places is always a good idea 💁🏻‍♀️🥰!
Your mind is a garden. Your thoughts are seeds. You can grow flowers or you can grow weeds.
Hi my lovelies ❤️
Something to keep in mind 🥰
Hi my beauties 🥰